A downloadable game for Windows and macOS

"It was gone before I could blink, but it was there. I felt it."

"Suckered into joining a controlling bunker based in an old academy, Ivy du Froid lives a mildly frustrating, relatively boring life. And then one day, she discovers a potential way out. Follow Ivy as she solves puzzles, fails at comforting people, and attempts to escape an empty existence where everyone's trying to reenact high school in the middle of a minor apocalypse."

This is the full, final version of The Academy (excluding minor updates to fix bugs, of course). New features include...

The story, art, and characters are by me, StrungUpStarlight. If you would like to use any of the graphics, please credit me and ask for permission. The game itself was made with RPG Maker MV and Adobe Photoshop.

Most of the soundtrack is from the incredibly talented Rafael Archangel, from his Public Domain album, "Library Music Vol. 1." Check out his music and support him here at Bandcamp: https://rafaelarchangel.bandcamp.com and Free Music Archive: http://freemusicarchive.org/music/Rafael_Archangel/

One song is from ChezMonplaisir, another talented, Public Domain musician whose work spans many genres and numbers in the thousands. Check out their music and support them here at Free Music Archive: http://freemusicarchive.org/music/Monplaisir/ and their Personal Site: http://loyaltyfreakmusic.com

"Pixeled," by OmegaPC777. Found via DaFont.com, August 7, 2016. Used on the Title Screen and Instructions Sheet. And "November," by Tepid Monkey Fonts. Found via 1001Fonts.com and SumRndmDde's recommendation. Used as the in-game font.

(A big thank you to Doc Saturn/PinkUboa for playtesting the game! You helped me immensely. And thank you for being so patient with the release of the full version! I hope you enjoy it!)

(Hello! Thank you for giving my game a chance. The game is in a zip folder, so after you install it, double click it. Then click on the executable file titled, "game." It will ask you to extract the files. Say yes, and select your desired destination.)

(If anyone has any trouble getting it to load, I will upload the uncompressed version to see if that helps.)

Thanks for making the game and putting it up here for free! I've managed to gather the combined hooks, but I can't seem to find any source for the rope. Do you have a walkthrough or any hints?

Reply
Strung Up Starlight1 year ago

(Thank you for the feedback! Unfortunately, I don't have an official walkthrough included, but as for hints, I would check the science classroom next to Sage. Best of luck!)

Oh thank you! I missed that, I guess my eyes didn't pick up the contrast or the cable hanging off the desk, even though I looked everywhere!

I really enjoyed your game and you definitely exceeded my expectations when I downloaded it - it provided great entertainment for a number of hours.  The only constructive criticism I would offer is that the last part of the game felt like it skipped too much plot, but I did like the way you wrapped things up. And in fact, it certainly seems you've left open the possibility to explore a sequel someday?

(Thank you for playing the game, and thank you once more for your feedback! I should probably lighten the contrast in the cable a little bit, because there have been other people who have had a similar issue. Maybe sometime in the next patch?)

(I agree with your assessment that some parts of the story are rushed. When I originally wrote the game, I had planned to make it much longer, but my interest in the project waned so I had to dramatically shorten it. But you're right; I definitely could have done a lot more.)

(As for a sequel, maybe someday, but not someday soon. My hands still need to recover, and I have a few projects that I would like to tackle first, but I left the story open for a reason, and hope I can return to it.)

(In any case, I'm glad that you enjoyed the game!) 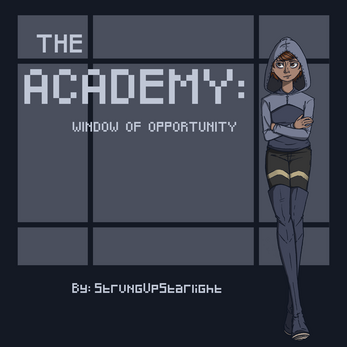 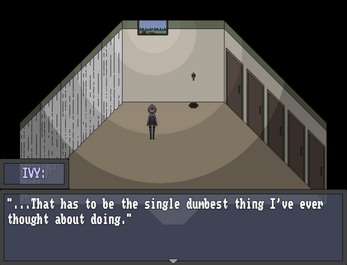 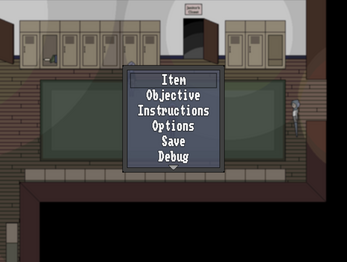 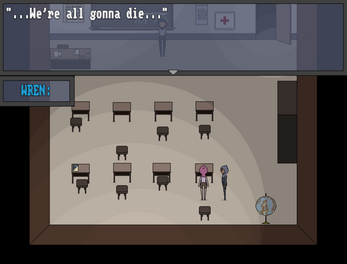 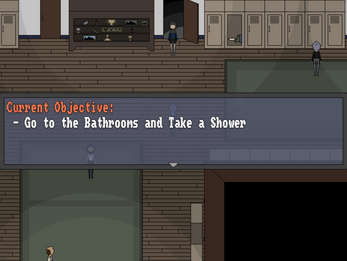 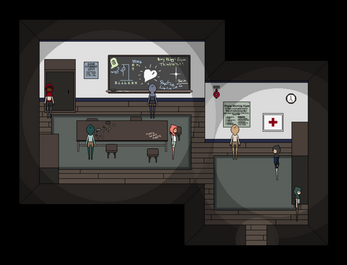 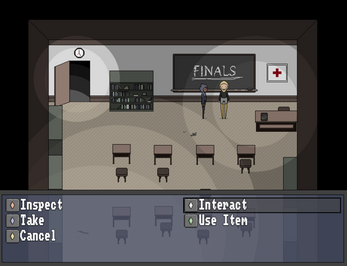